With low commodity prices and abundant harvests this year, it may be prudent to store grain for a longer duration. However, you can only profit from the hoped-for increase in commodity prices if you have protected the quality of your grain through proper management practices.

Once harvesting is complete, grain farmers can exhale a sigh of relief, but their work is not complete until the crop is in the hands of buyers. Therefore, preserving the quality and, consequently, the value of stored grain is crucial.

Insect infestations and mold development are the leading causes of grain quality degradation. In the winter months, the colder temperatures on the Prairies allow cereal grains to store well, but when the weather warms up, insects and mold become a much greater threat.

Woodruff states that there are multiple ways to combat insect and mold problems in the bin, but keeping the bin cool is one of the most important tools for safely storing grain.

According to Hellevang, insect activity is at its peak between 70 and 90 degrees Fahrenheit (21 and 32 degrees Celsius), so farmers should avoid storing grain in this temperature range if possible. During months with higher temperatures, insects can go from being barely noticeable to causing major infestations in as little as three to four weeks.

If you intend to store your grain bags in a field, you may wish to line them up. By arranging your bags in this manner, you can prevent rodents and other pests from using your grain bags as shelter from predators and the elements. Additionally, you may want to spray the area for grass and weeds to reduce rodent habitat. 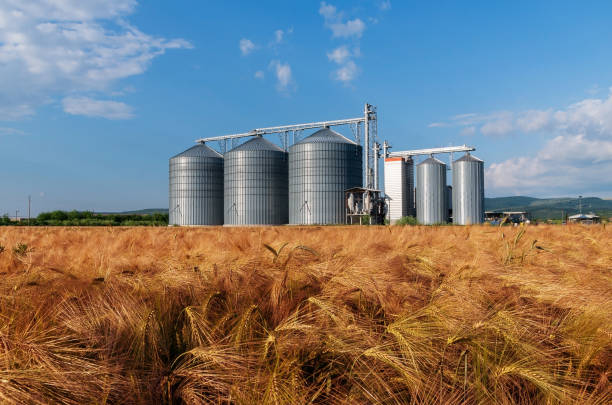 Most experts recommend inspecting the grain weekly during warmer months and every few weeks during the colder months.

What happens if a step is skipped and spoiled grain is produced? Woodruff recommends unloading the bin to the point where the affected grain can be removed if aeration is ineffective in resolving a condition problem. This will likely necessitate an early marketing of the grain, and grain of inferior quality may be docked at the elevator.

When grain rises to the top of the bin, it creates more surface area,  the peak will warm much faster than a flat surface.

The center of any grain bin is where the majority of issues arise. If you can pull the grain down so that the center of the bin is at or below the same level as the side walls, you’ll dramatically improve the airflow through it,. This will have impact on how well the grain stores.

Fri Jan 20 , 2023
Buying the right, pure CBD hemp flowers can be daunting for those new to the world of CBD. CBD, short for cannabidiol, is one of […]